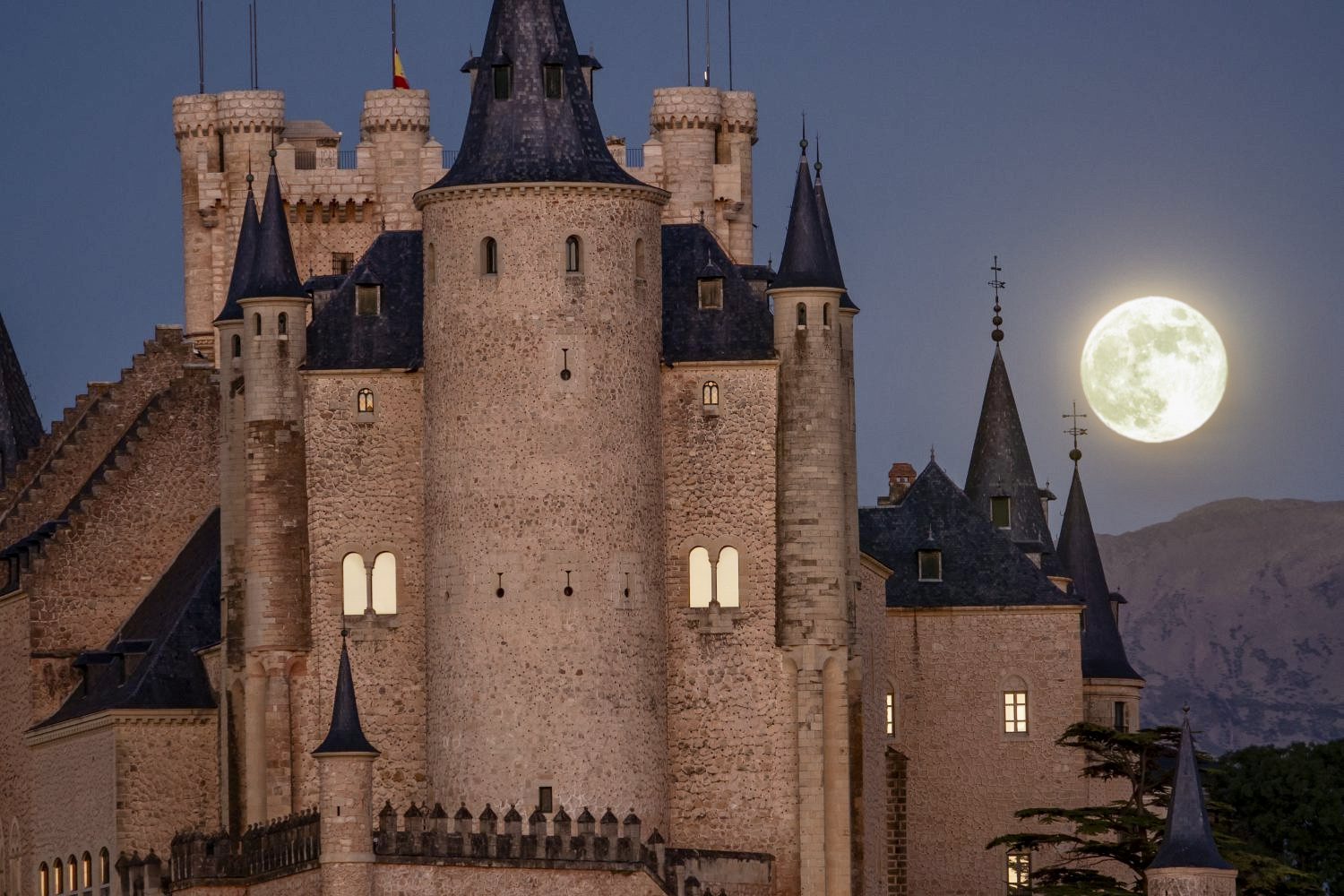 Segovia is a World Heritage City in the Community of Castilla y Leon, Spain. Among other monuments worth a visit, this magnificent castle was built on top of a rock, a remainder of its original military status. Evidence was found that forts or fortifications had already been built here during Roman occupation. Later, the Moors built a wooden fortress there during the early Middle Ages, first documented in 1122, shortly after King Alfonso VI of Léon and Castile reconquered Segovia.

Through the years it became the family home of monarchs and a series of alterations and extensions were made. Eventually, the royal court was moved to Madrid, and the Alcázar was then used as a prison and a military academy.

You should start by walking around the Historical District of Segovia, from the Aqueduct to the Cathedral. In order to access the castle you must go through a drawbridge that stands 26 meters above a moat. You then go up the Torre de Juan II which has 152 steps along a spiral staircase and you will be able to enjoy some of the most espectacular views of Segovia.

Inside, you will enter the Hall of the Kings where the thrones of the Catholic Queen and King, Isabel and Fernando, can be seen.

There is also a row of 52 sculptures representing some of the most important queens and kings of Spain.

The Ambassadors Hall has an impressive coffered ceiling and a huge painting representing the coronation ceremony of Isabel of Castile.

Going through other Halls, you reach the Homage Tower which was built in the XIII century and later remodeled by Felipe II. From the tower you can have a view of the magnificent gardens.

The Alcazar is open Friday, Saturday and Sunday from 10:00 AM to 10:00 PM. The guided visits take about 45 minutes, the price is 9€ and there are guided tours every half hour. If you want a private guide you have to book at least 72 hours in advance.