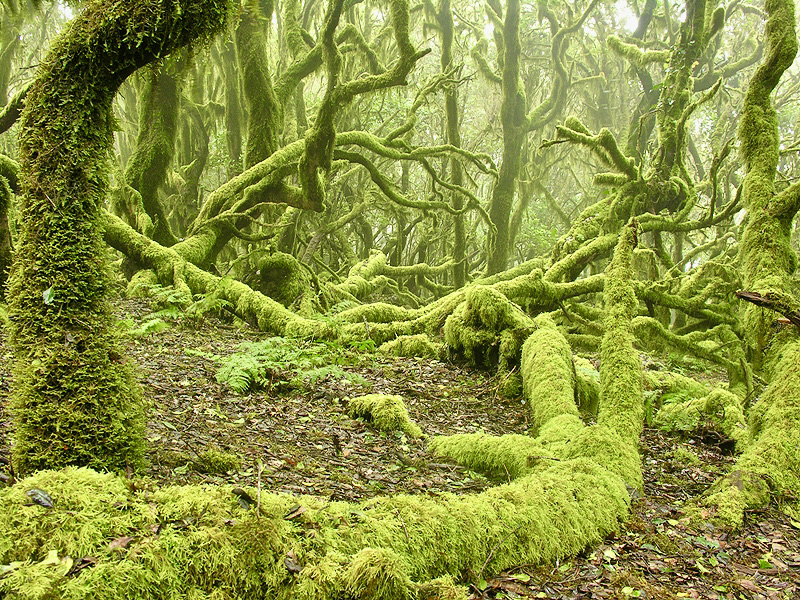 Not far off the north-west coast of Africa lies the island of La Gomera, one of the seven islands that make up the Canary Islands archipelago in the Atlantic. These high, volcanic islands are the first to receive the rains arriving from the west, and retain the remnants of a rich and luxuriant forest — the laurisilva or Laurel forest. It was listed as Unesco World Heritage in 1986.

The forest has a great diversity of plant species, which are often surrounded by a sea of fog that gives the forest a magical aspect. The park’s many forests are easy to explore. There are 18 routes of varying difficulty, although the majority are short and easily accessible.

Obviously, this enchanted forest has its legend too:

Before the Spanish conquest of the island, beautiful princess Gara fell in love with Jonay, the son of a poor peasant. But the relationship seemed to be doomed from the start. A priest predicted great misfortune for the couple and as they were about to get married, a powerful earthquake shook the island, the sea around La Gomera turned blood-red and the island began to glow. The couple fled to the highlands and hid in the woods high up on the island. As they could not find a way out of their situation, they made a spear of a laurel tree branch, sharpened it at both ends and stabbed themselves in their chests.