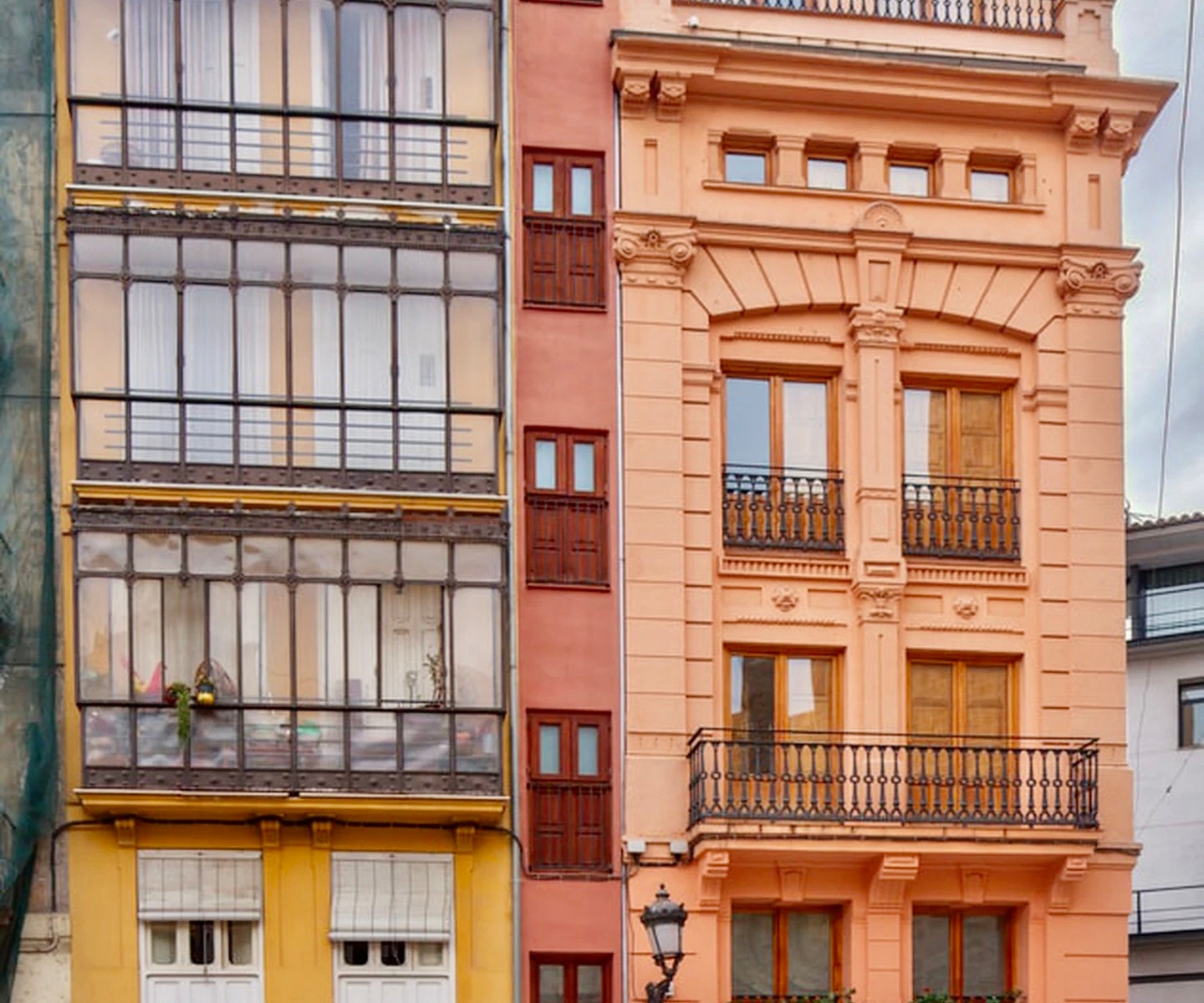 1. “La Estrecha”, in Valencia, Spain, is actually one of the two narrowest buildings in Europe, sharing the award with another famous one in Amsterdam. The truth is that while the one in the Netherlands has a 101 cm façade, its interior is a little big wider, so Valencia’s would be the narrowest as a whole with only one room per floor. Originally, it was an actual home with five stories and a family jewelry store on the bottom floor. One of the neighbors who lived there in the past explains they could only accommodate two small beds, a couple of chairs, a small table and a tiny kitchen. Today, the current owner has torn down walls in order to attach the building to his restaurant but has preserved the facade and some of the original features.

2. Measuring only 150 meters wide and 20 meters deep, this house is the narrowest in Galicia, Spain. It was featured in the Guinness World Record as one of the narrowest in Spain and it has three stories, each with a different owner. It has recently suffered some structural damage due to high winds and is being renovated.

3. Last but not least, we find this narrow house located in Asturias, Spain. This one however, is narrow on one side of the building, which is barely a meter wide. Actually, it is a bit tricky as the house gets wider on the other side measuring 5 meters. It looks like a pretty dollhouse and it houses a souvenir shop.

3 Replies to “The Narrowest Houses In Spain”